In the 6 weeks or so which have elapsed since our visit to Cape May the season has completely changed. At this time of year this is obviously not at all surprising, but looking back at photos of sunny beaches whilst a cold wind howls outside makes it feel like a lot longer ago.

With perfect timing, Tom’s parents had decided to take a holiday cottage at Cape May over my birthday weekend, so we jumped at the chance to go down and join them for a couple of days. I was particularly excited as our travel arrangements involved taking a Greyhound bus, something which I had been unaccountably keen to do ever since we arrived in America, despite the fact that I don’t really enjoy inter-city bus travel. (I’m pleased to be able to report that the trip was largely uneventful, and the on-board wi-fi was a bonus, but must say that given the choice I would probably opt for a different mode of transport in future.)

We were also a little surprised to find just how unconnected the various elements of New Jersey’s transit system appear to be, and how difficult it was to get the sections of our journey to line up, particularly as Cape May is such a popular holiday destination. In the end we took the bus to and from Atlantic City, and travelled the rest of the way by car – it feels a little pathetic to still be accepting parental lifts now we’re both well into our 30s, but we were very grateful nevertheless!

Atlantic City was more-or-less as we’d expected (a smaller, less dramatic Vegas), and although we did find a tasty lunch there we were happy to leave it for the more elegant environs of Cape May. The holiday cottage was actually in Cape May Point, to the south of the town itself – a charming little house located a few minutes walk from the beach, nestled amongst many rather grander holiday properties. 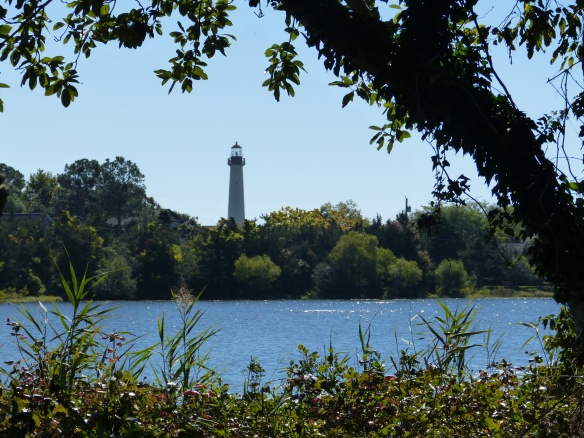 And so began a delightful weekend of walking, relaxing and eating. On Saturday we went to the beach and walked around a small nearby lake before going into Cape May itself for a look around. Dinner that night was a birthday treat for me at the lovely Union Park restaurant, where all the food looked superb but my scallops and duck couldn’t have been better! Then on Sunday we went up the lighthouse and walked even further, before sadly packing up and heading back towards the city.

I was interested to learn a little of Cape May’s history along the way – apparently it gained popularity as a holiday destination with people from Philadelphia in the mid eighteenth century, and so claims to be America’s oldest seaside resort. Many of the houses look gloriously old, although we read that quite a few had to be rescued from the sea and reconstructed at their current locations. At the very southern tip of New Jersey, where the Delaware River meets the Atlantic, the lighthouse dates from 1859 and continues in use to this day.

Birdwatching was a recurring theme of the weekend, and it would be remiss of me not to share at least a couple of pictures, although I was by far the least interested member of the group when it came to birds. Fortunately the glorious weather meant that it was a delight to be outside, and watching the packs of dedicated birders, each with a longer camera lens or larger telescope than the last, afforded plenty of passing entertainment! 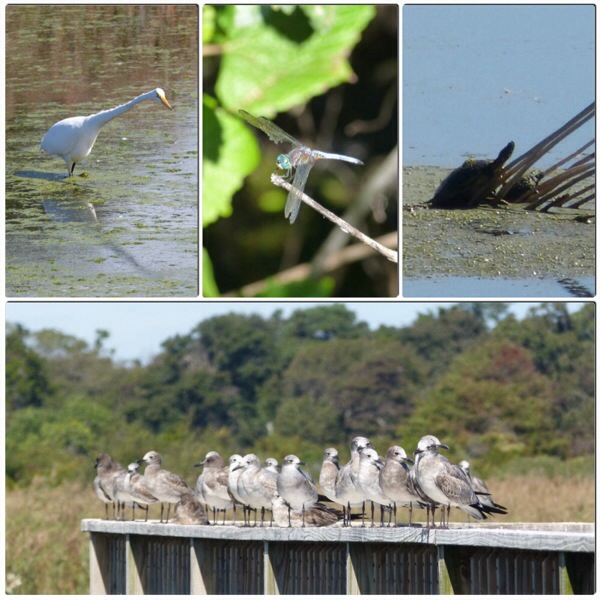