Back on the road again, our first stop today was the charming lakeside resort of Wolfeboro, NH, where we enjoyed coffee and ice cream in the sunshine. 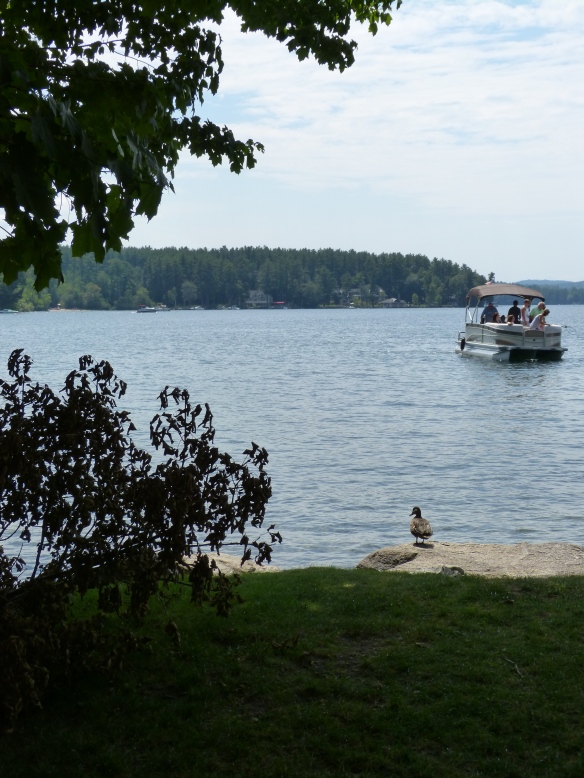 The main thing we’ve learned from all this roadtripping is that aiming to stop every couple of hours or so makes it all a lot more enjoyable than driving hundreds of miles without a break, and we do our best to find places which are actually pleasant to visit, rather than just roadside gas stations.

Whilst in New Hampshire, we wanted to take advantage of their benevolent tax regime, and so we stopped to pick up some household items and a selection of wines and spirits, before lunch at the British Beer Company in Manchester, where it was raining (how apt).

Then it was back into Rhode Island and the city of Providence, for our final AirBnB stay. I must say, when we booked our accommodation for this trip we were a little concerned how these AirBnB places would work out, but they were all excellent – our hosts were all lovely, communicative and helpful, the rooms very comfortable, and the prices extremely reasonable. 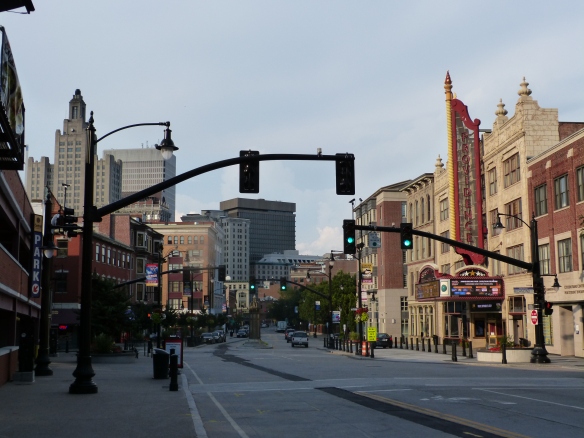 The main reason for coming to Providence was actually the motivation for this whole trip – one of the summer Saturday nights when WaterFire takes place. Arriving in the late afternoon, we filled in the hours before dusk with a wander around the pleasant city centre, and spent some time watching the dancing at a Bolivian festival we stumbled across.

Down at the riverside the land-based WaterFire festival activities were in full swing, with such diverse delights as morris dancing and human sculptures mixed in with the food, drink and craft stands. 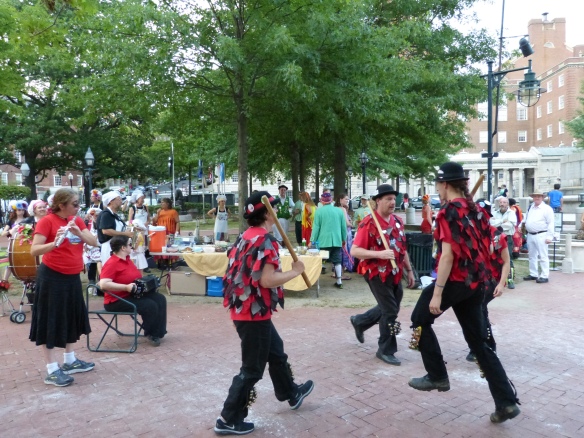 Picking a spot on one of the bridges, the start of the WaterFire programme was heralded with some rather ominous music, played over the sound system which had been installed along the length of the route.

We were near the lower end of the line of braziers, so it was a little while before the boats with torch-bearers arrived to light the set we could see, but we passed the time sipping sangria and enjoying the atmosphere.

Once the flames were alight, it was fun to walk up and down the length of the installation. The whole thing is really well done, and it was surprisingly mesmerising to look at.

In addition, they also had a flotilla of local people in canoes and small boats paddling around with illuminated fish attached – somewhat random but extremely charming. 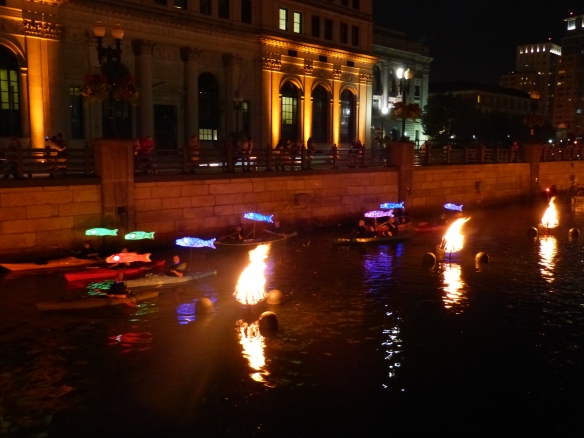 After a couple of hours it was time for a break, so we followed a recommendation from our hosts and walked down to Lola’s Cantina. This wasn’t quite as relaxing as we were hoping, as the wind got up quite sharply and we spent most of the time trying to ensure our drinks and snacks didn’t blow away (and yes, we could have moved inside, but the AC was freezing). By this time we were tired and quite achy (climbing a mountain and then driving 200 miles is clearly not so great for the knees), so after a quick drink we wandered back to the apartment, with a final look at the flames en route.