When our latest visitor asked if I’d be interested in accompanying her on a short trip to Washington DC, I must admit that my heart sank a little. I’ve been to DC twice already, and it isn’t my favourite city – despite all the excellent museums and generous public spaces it somehow feels a bit soulless, even creepy, to me. Anyway, because I am an excellent friend, and a sucker for pretty much any kind of travel opportunity, my token resistance was soon overcome, reservations were made on the Greyhound bus, and a decent-looking room booked through AirBnB.

We began with short visits were to the National Air and Space Museum (one of my favourites), and the National Museum of American History (particular highlights there being the First Ladies gallery and some muppets), but the best part of the trip was managing to get tickets for the new National Museum of African American History and Culture. (Like most of the other DC museums, entrance to the NMAAHC is free, but visitor numbers since they opened in September have been so high that they are currently operating a ticketing system. Advance tickets are now unobtainable, but they give out a small number each day and we were lucky enough to get some.) 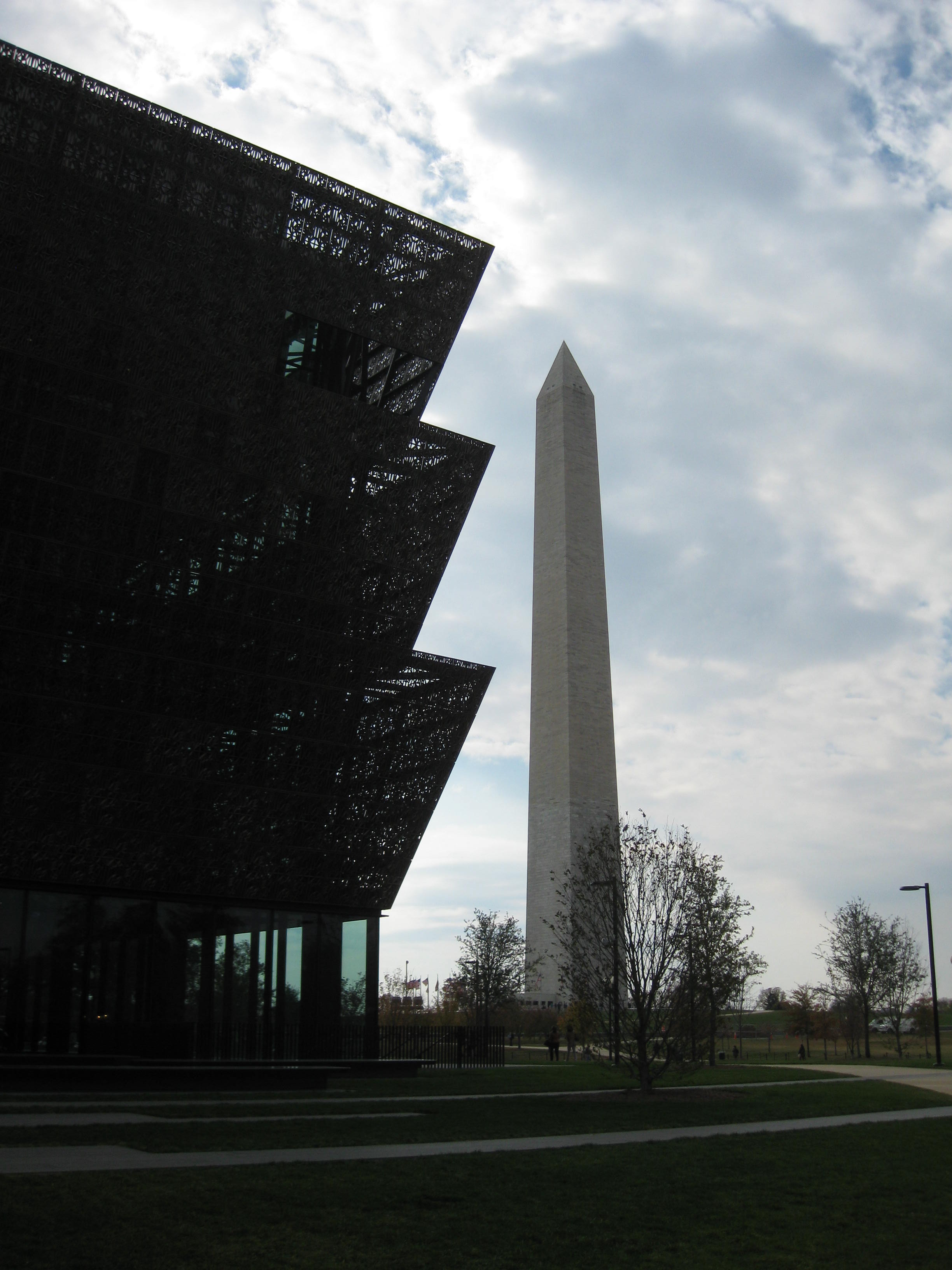 To begin with, the building itself was really striking – a refreshing change from the other structures along the national mall. Once inside, we began on the top floor, where a lively set of multimedia galleries celebrated African American contributions to film, music and other artistic pursuits, and we learned that the architecture was inspired by the crown of a rather lovely wooden sculpture.

The historical narrative section of the galleries begins three floors below ground, accessed by elevator (or lift, for my British readers!). Once there, the space is fairly dark and cramped, with low ceilings and narrow passages, all of which is of course deliberate. Here, you learn about the rise in the trade of enslaved Africans, instigated by the Portuguese in the mid 1400s and adopted enthusiastically by most of the other major European powers over subsequent centuries.

This profoundly uncomfortable section of galleries eventually opens out into a triple-height space, where the long and arduous (and ongoing) journey towards emancipation and equality is set out around a ramp bringing visitors back up to ground level – a highly symbolic architectural decision which has only just occurred to me. The whole thing is simply phenomenal, we spent over three hours in the museum and could easily have been there twice as long.

A very late lunch was followed by a quick stroll past the White House to the Lincoln memorial. I had forgotten how profoundly dignified this space is, and the words of the Gettysburg address (reproduced on the wall) seemed even more powerful at this particular moment in time:

Four score and seven years ago our fathers brought forth on this continent, a new nation, conceived in Liberty, and dedicated to the proposition that all men are created equal.

Now we are engaged in a great civil war, testing whether that nation, or any nation so conceived and so dedicated, can long endure.

Continuing the (largely unintended) political theme of our visit, our final morning was devoted to a guided tour of the Capitol. It was really interesting to learn a bit more about the mechanics of the American political system, and to see the dramatic architecture of the building. 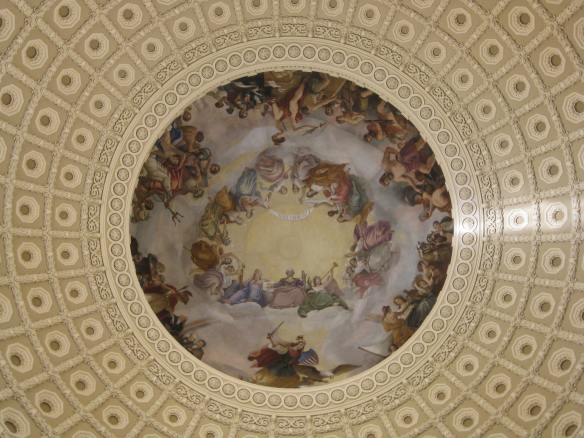 So, despite my initial misgivings, this ended up being a really excellent trip.

A slightly random selection of other photos can be found in my Flickr album.