Last Thursday we had the first big snowstorm of the season – not just any storm, but a “bomb cyclone“. In Hoboken, this translated into 6-8 inches of snow falling quite quickly, with some high winds as well. 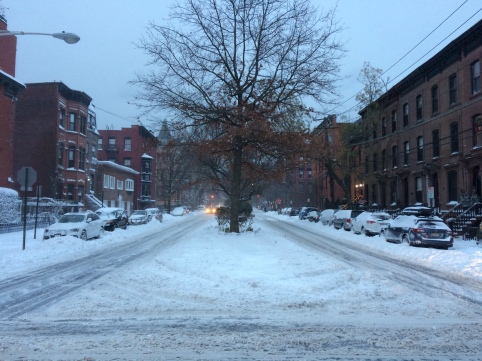 Happily I already had the day off, so I spent most of the morning cosily on the sofa with hot drinks and leftover Christmas cake. Tom went into work for a while, but came home mid-afternoon as the cumulative effects of the snow started to mess up the trains. By 4pm the snow had stopped falling, so I decided it would be fun to go out for a walk. 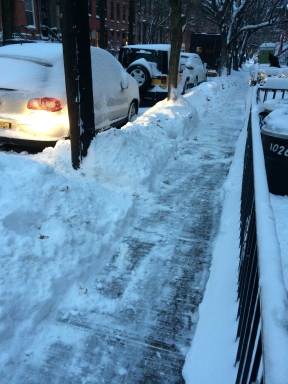 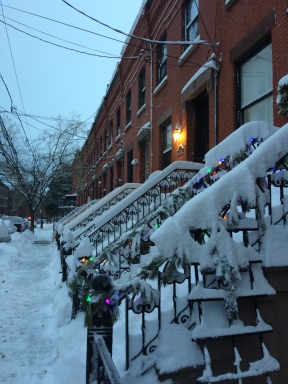 A good number of people were out shovelling the snow from around their houses and cars, and the street-clearing machines were busy too, but it was still all white and pretty, with some deepish drifts here and there. We stopped to take a picture of me up to my knees in one such drift; in attempting to extract myself I fell over and landed in it, and Tom refused to help me up until he’d captured that moment as well…! 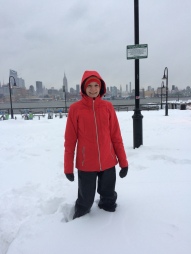 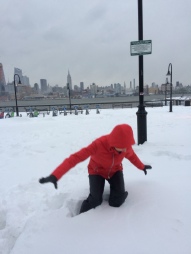 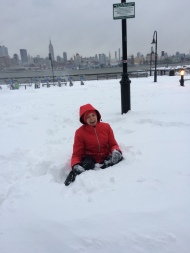