Yet another installment in my series of posts featuring art shows that I was excited to see but don’t have all that much to say about – this one from the Guggenheim’s current (and extremely comprehensive) Giacometti exhibition. 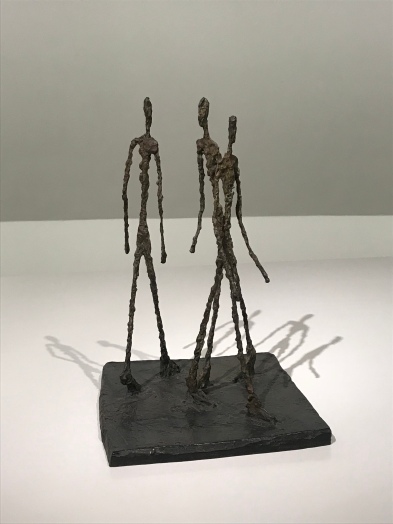 I have long been a fan of Giacometti’s iconic elongated figures, but wasn’t tremendously familiar with his other works, so it was interesting to see a broader spectrum of his output. In addition to a lot of smaller sculptures in his more typical style (frequently just heads), rendered to a greater or lesser degree of life-likeness, the show included sketches, paintings and other types of sculpture too.

I was also interested to learn that the inspiration for those increasingly elongated figures came out of the death and trauma of World War 2, with some influence from existentialist philosophy – emphasising the individual’s solitary nature and sense of isolation.

Giacometti’s surrealist leanings were also apparent in some of the pieces, although perhaps it’s just my irreverent sense of humour that caused this one to make me think of Monty Python: 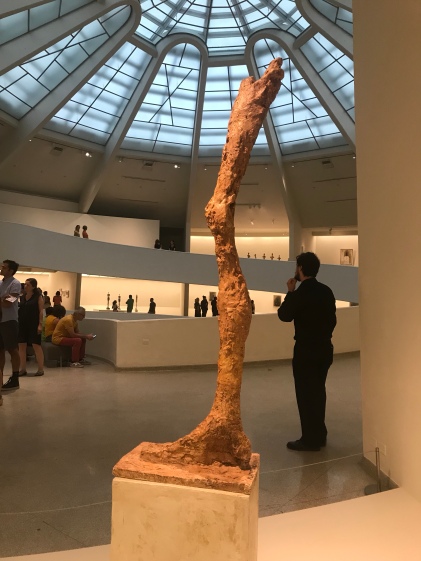 It has been years since I last visited the Guggenheim, and I felt this exhibition worked particularly well there. The objects on display were exactly the right size for the height of the ramp, and the space provided plenty of opportunity to get close to the cases containing the smaller pieces (some are match-stick sized).