Most of February 10th was allocated for the drive from Agra to Jaipur, visiting Fatehpur Sikri and the Abhaneri step well en route – a good 5 hours of drive time, plus stops. But at least we were fortunate enough to be travelling in the reasonably spacious comfort of an air-conditioned car…

Capital of the Mughal Empire for around a decade in the mid/late 1500s, Fatehpur Sikri, is an extensive site containing many interesting and attractive buildings. 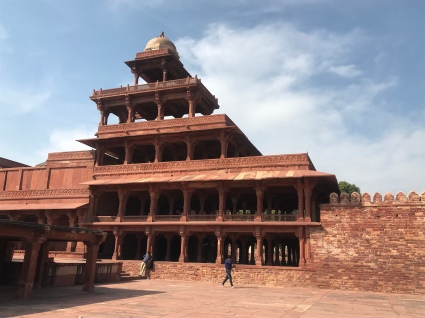 It was a lovely sunny morning, so it was pleasant to wander around admiring it all. 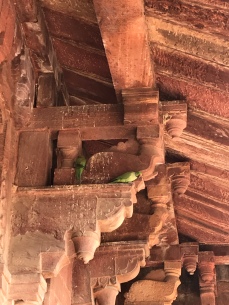 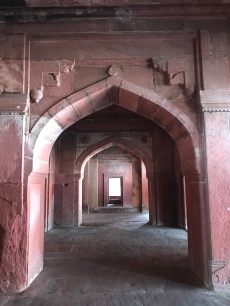 Next stop, several hours of driving later, was the step well at Abhaneri. According to Wikipedia, the well “consists of 3,500 narrow steps over 13 stories. It extends approximately 30 m (100 ft) into the ground making it one of the deepest and largest stepwells in India.” 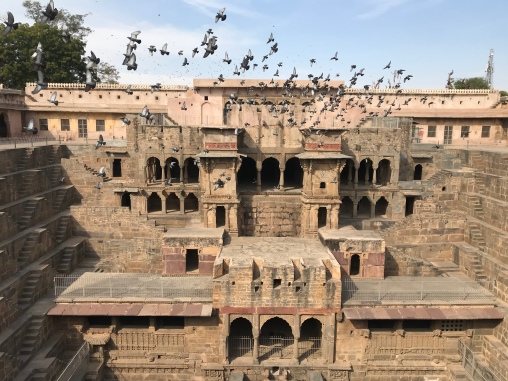 Even armed with such information in advance, I wasn’t quite sure what to expect, but it really was impressive.

Nearby was the small and ancient Harshat Mata temple, complete with some beautiful carved reliefs, and a cheeky chipmunk snacking on the offerings to Shiva. 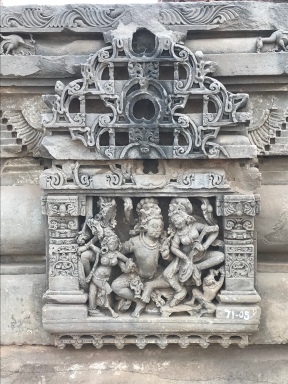 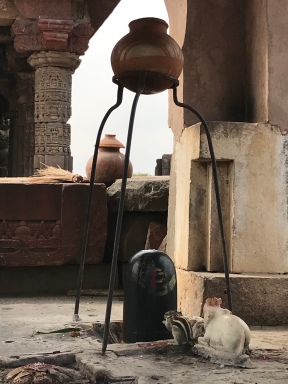 These sites were certainly a nice way to break up the drive, but I think my favourite part of the day was seeing all the colourful villages and towns we passed through along the road. 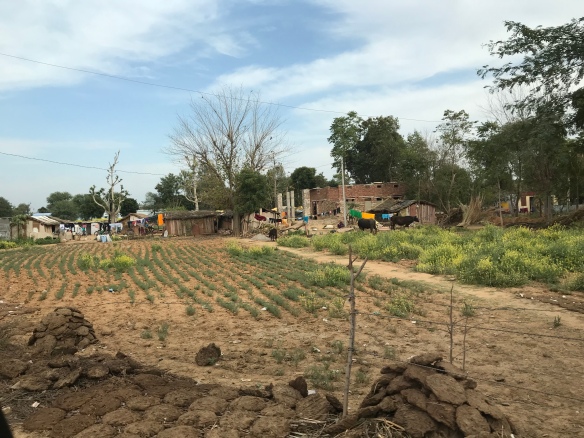 It was interesting to watch regular people going about their daily lives, 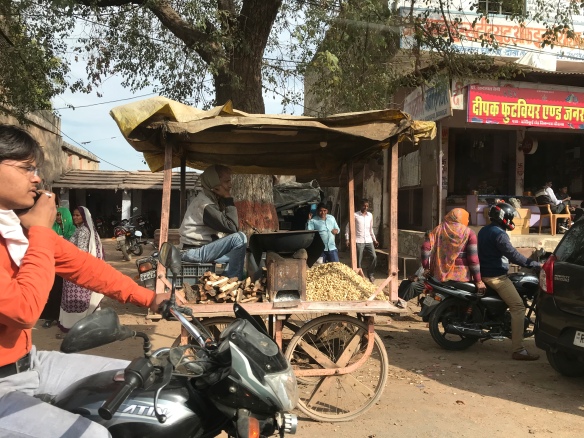 and made a nice change from the touristy activities. 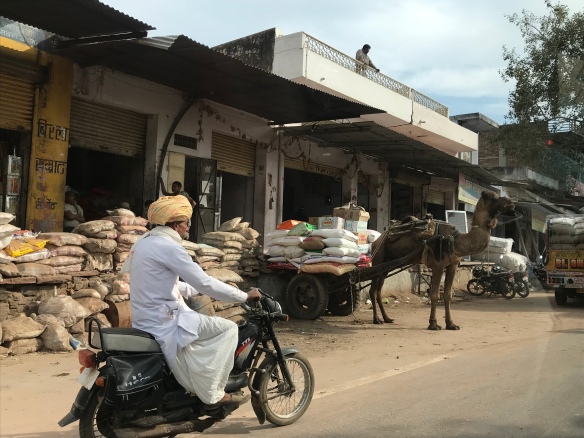